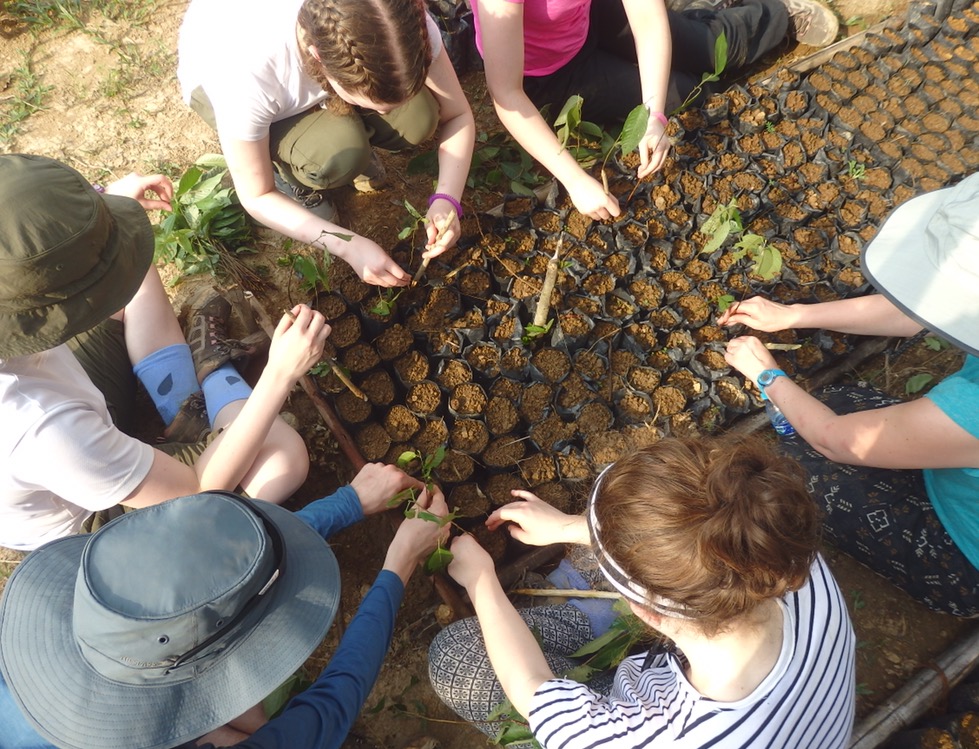 As we’re around the half way point of our expedition, we thought we’d take some time to share our journey so far with you.

As many of you who follow @bucksburngeog on Twitter will know, after travelling half way around the world, we finally arrived in Singapore – without our kit bags. Mr Simpson spent time in the office completing the paperwork and to our surprise we were handed 500,000 Rupiahs in cash as compensation, so for many of us, no need to exchange any currency so far!

After leaving the airport after quite a wait, we made our way into Medan city, had some dinner and then went to bed! In the morning we got some essentials as we realised it was unlikely we would get our bags before heading up the river. 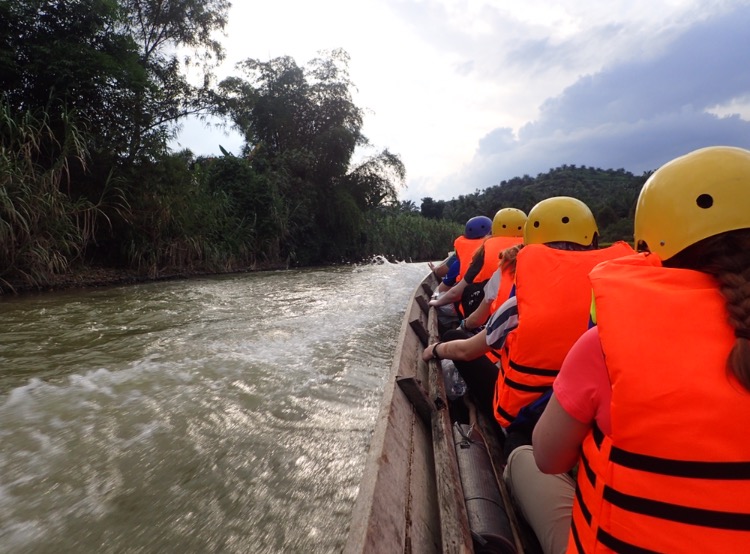 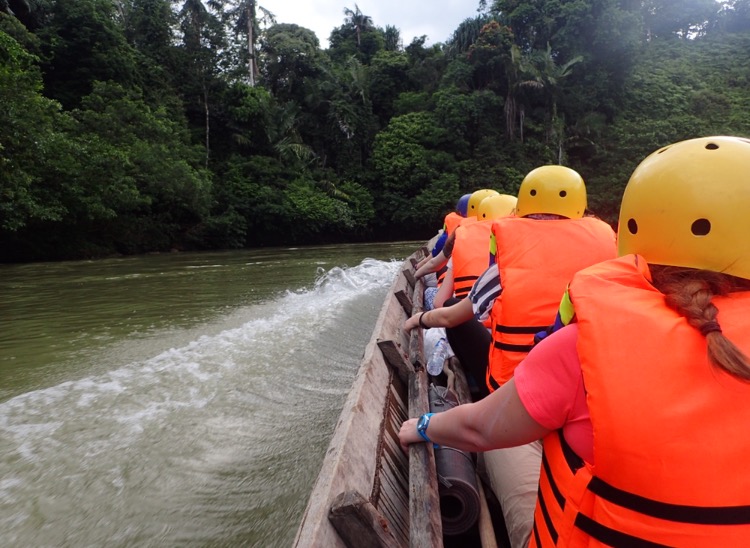 We then spent two days and nights up at Sikundur. Here we spent time trekking through the jungle looking for wildlife, during this time we found far more leeches than a number of the team would have hoped for! We also spent some downtime in the local river, we needed to wash our clothes somehow! The time without our kit did help the team to reflect on how lucky we are to live the way we do and that material things and luxurious items aren’t everything, although one member of the team who won’t be named exclaimed, “I want my tan, make-up and my straighteners”

We then travelled downstream on the river, back to a small village where we got our kit bags back!!! 3 days late but better than never! 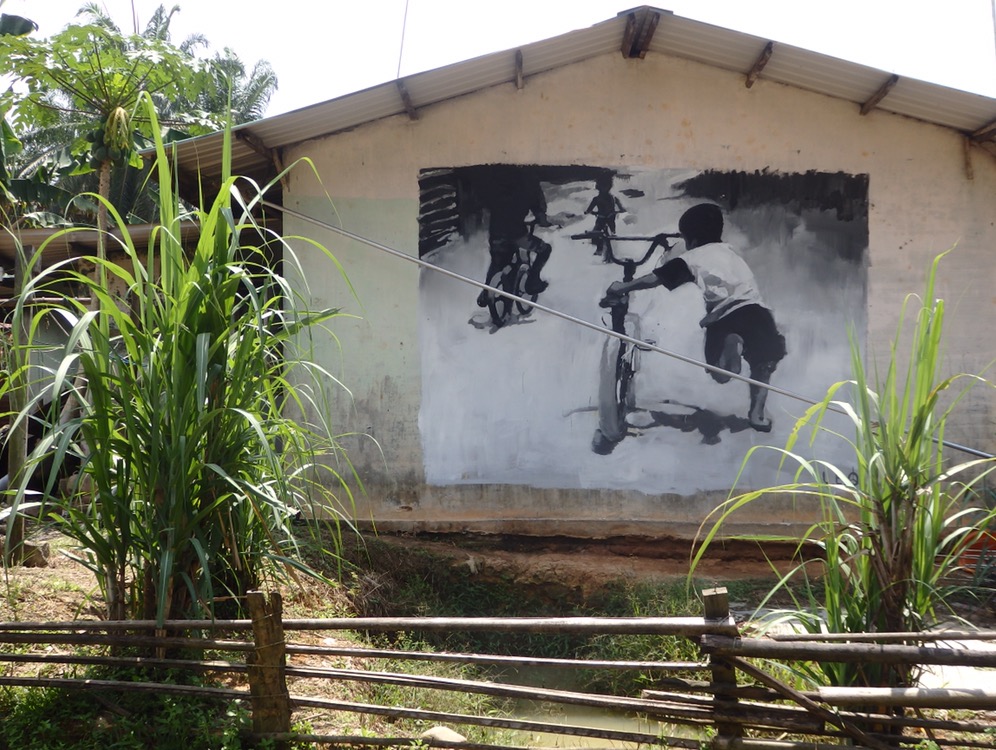 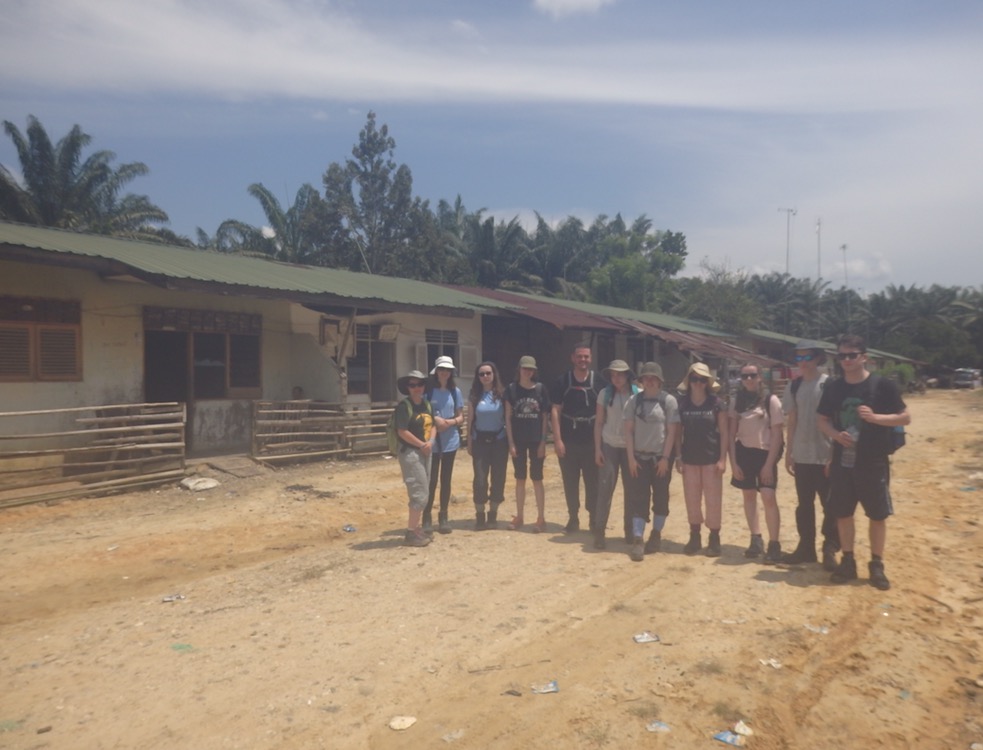 We then found ourselves in a small, relatively remote village called Halaban – without running water or electricity. This village has both benefitted and been plagued by a local palm oil plantation. The palm oil companies move in nearby and immediately try to get locals onside – by supplying them with free accomodation and offering excellent wages (US $150 per month – 50% more than the average local salary). However, the trees consume too much water and often lead to local streams and rivers running dry causing drought.

We hiked through a palm oil plantation, into Gunung Leuser National Park, where we stayed at a local rainforest preservation sites. Despite having 1,500 hectares of land, the local palm oil company had illegally cleared and farmed a section of the rainforest. One of the local NGO’s Orangutan Information Centre (Find them on Instagram!) are working to preserve the remaining rainforest and reclaim the stolen land.

As part of our work we went into the rainforest and took saplings of the local species, which we then pruned back and prepared the roots. 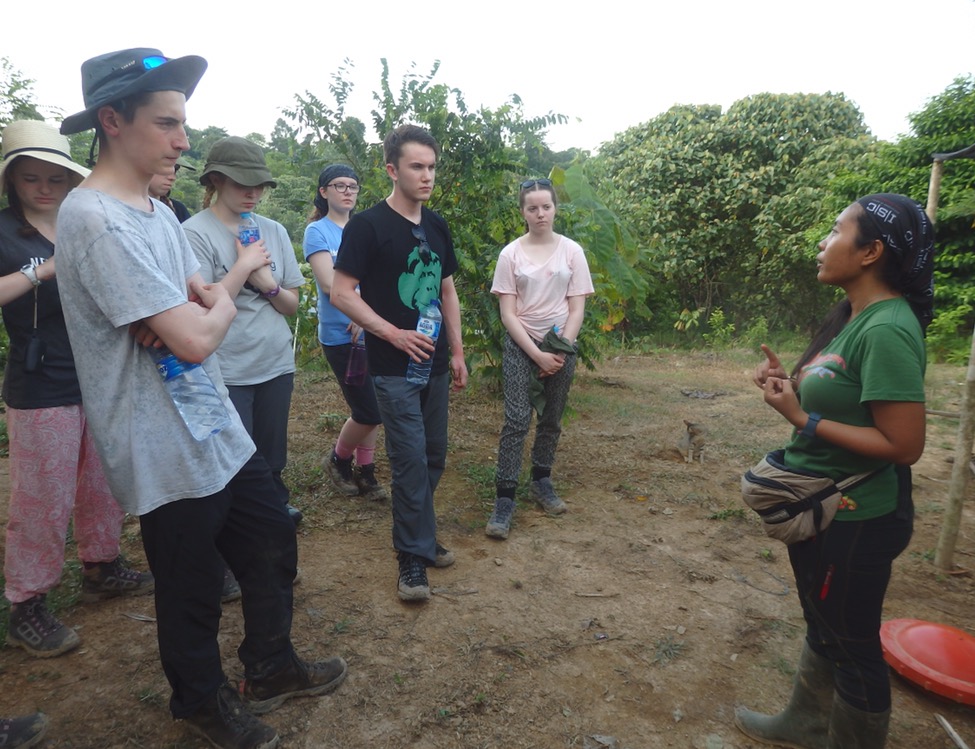 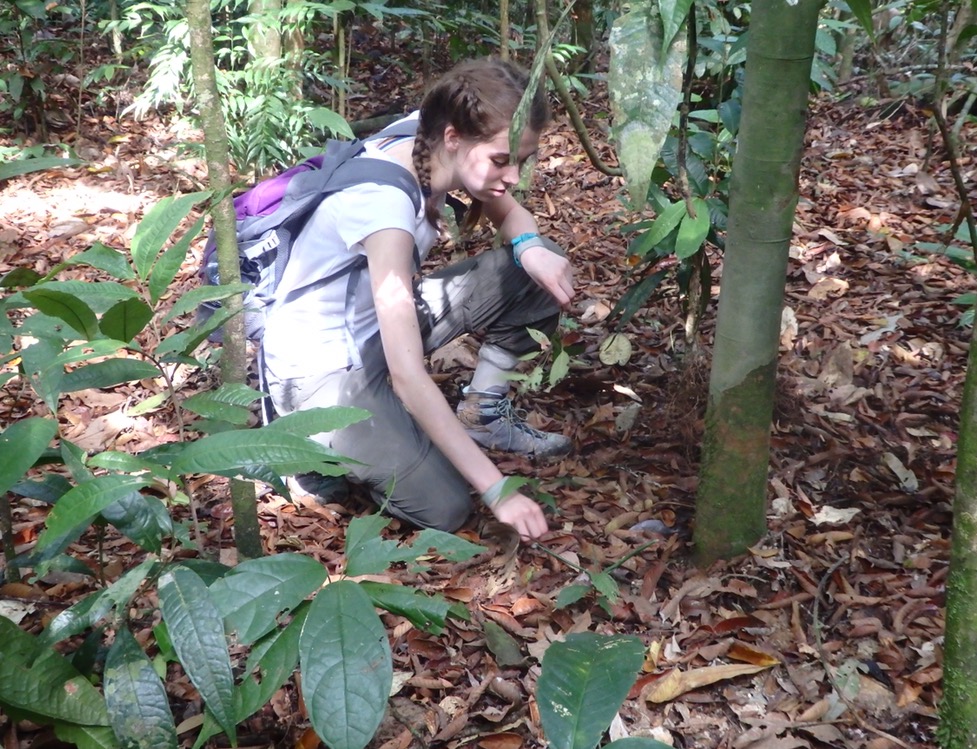 Once they were prepared, we had some rest time from the midday sun before tending to some of the seedlings in the nursery, removed failed cuttings, weeding and planting the saplings we collected in the morning. 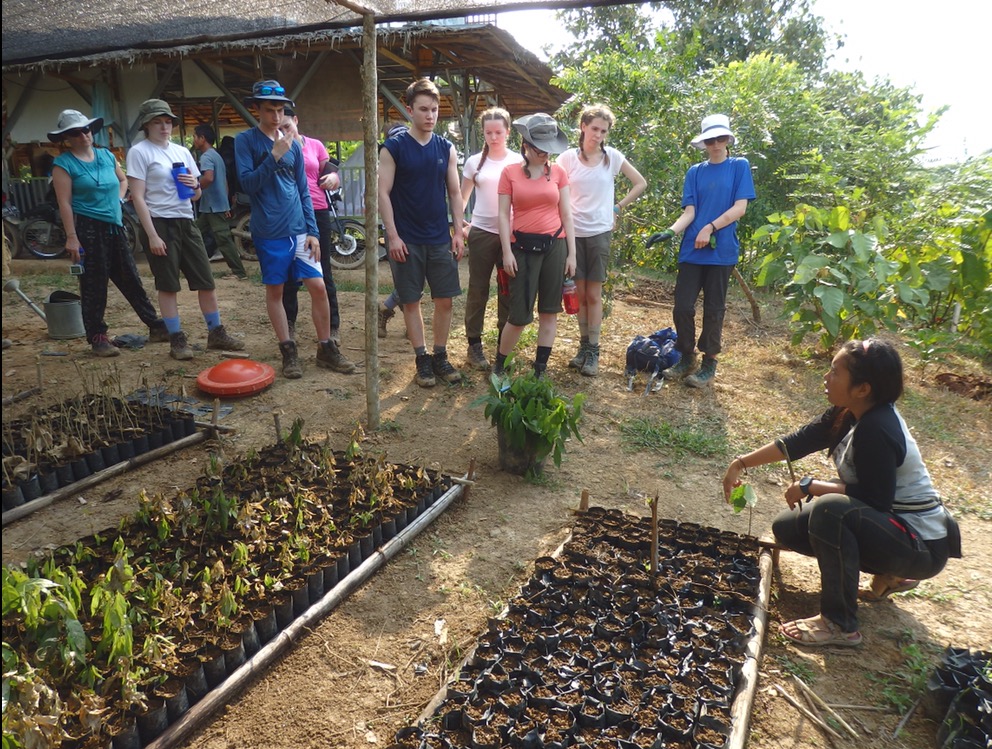 Finally, the group planting some more mature saplings into an area of the secondary rainforest.

OIC has so far seen success with the project as camera traps have recored orangutangs, leopards, wild boar, black gibbons, tigers and elephants amongst others.

In another learning curve for the group, they slept under mosquito nets, used bucket showers and a sole drop toilet. However, Mr Simpson did tell us that it was luxury as it had a ceramic squat pan . . We don’t believe him!! 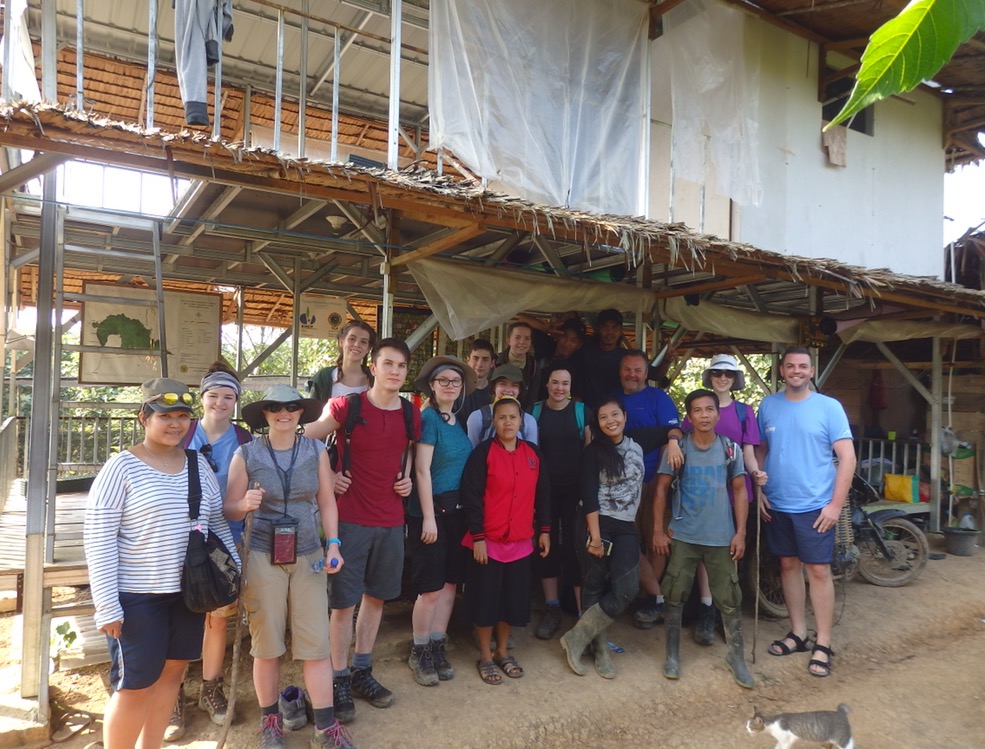