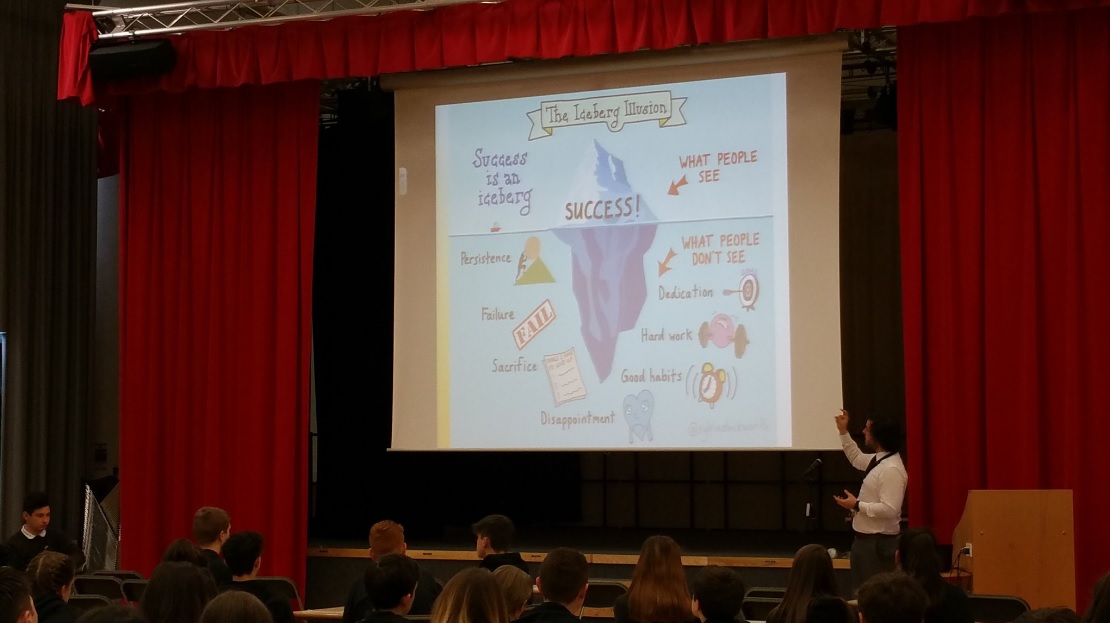 The theme for S1 -S3 pupils assemblies this week has been responsibility.

Pupils were sat in teams of four and were asked to complete a simple challenge – to assembly three plastic cups into a pyramid. However, there was a catch! They were not allowed to touch the cups with their hands, they could only use a piece of string each and a single elastic band. In order to succeed, pupils had to work well as a team, foster their growth mindsets to persevere when they found it challenging  and each team member had to be accountable for their actions. Some teams even went over and above to challenge themselves further by working with six cups or by creating an alternative tower! 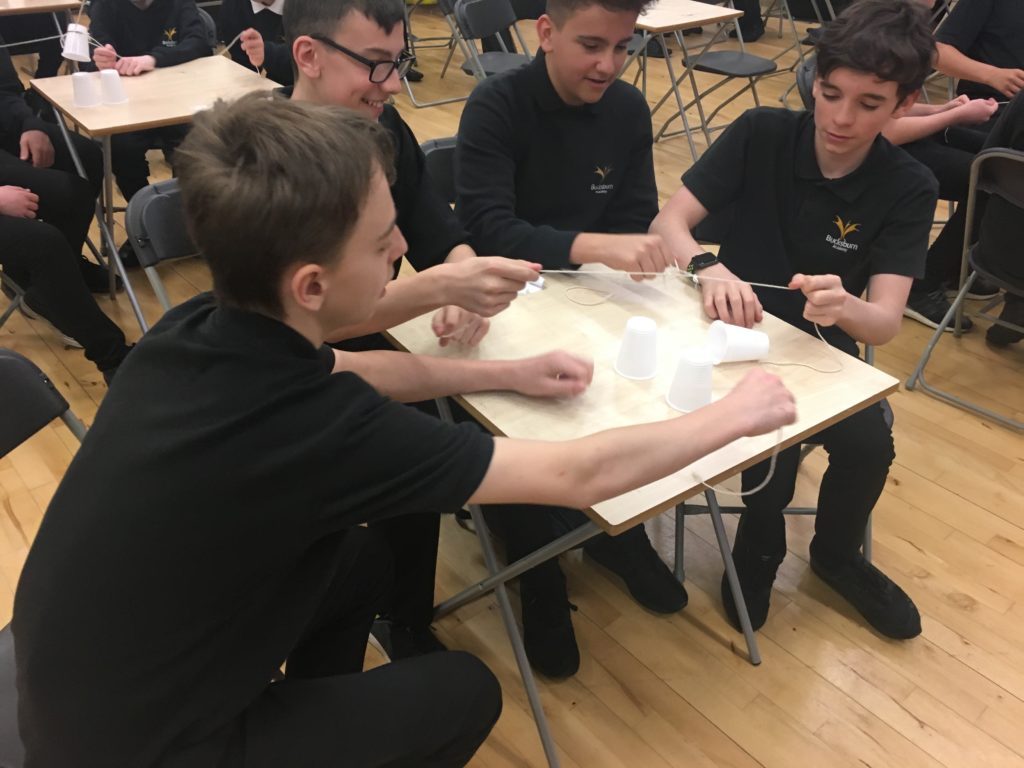 Focus then switched to responsibilities in school and in the community where we reflected on our pledge against carrying weapons, followed by responsibilities around the upcoming SQA exams.

Finally, we looked at success and the various ways we recognise this here at Bucksburn Academy; praise postcards, house points and the upcoming Celebration Evening. Staff are currently nominating pupils from all year groups for the various awards which will be presented at the event. These include:

Bucksburn Academy celebrates success in many ways to recongise the hard work all of our pupils put in day in and day out, as shown in the picture below: