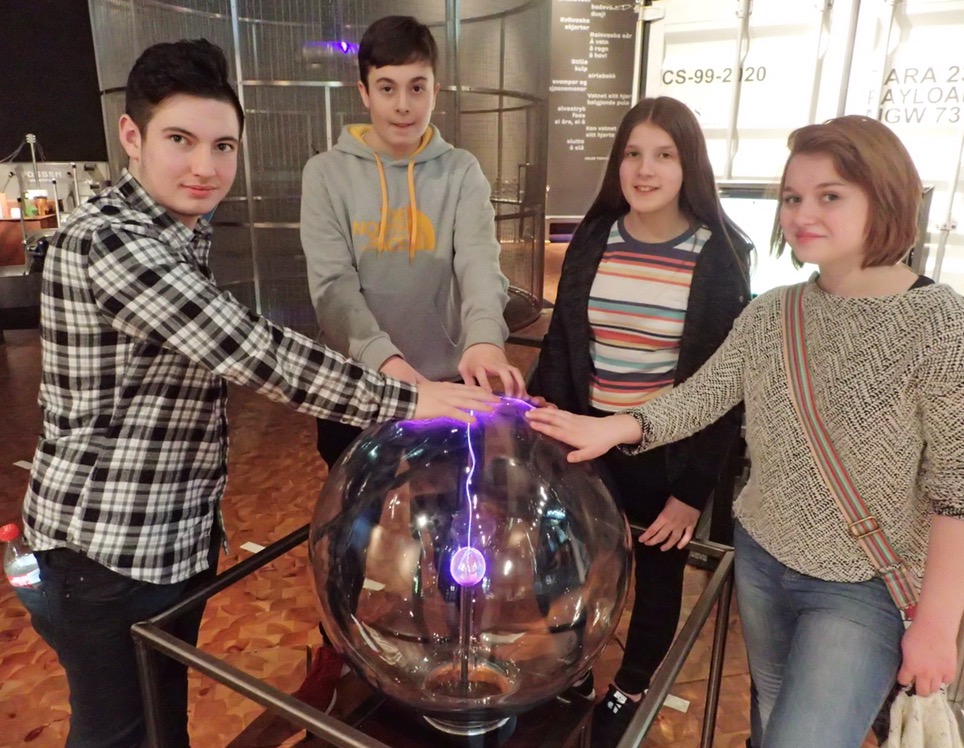 We went to a science museum in a place called Sandnes, just outside of Stavanger. We got the train there and inside there were many activities such as a game where you had to stay as calm as possible in order to move a ball into your opponent’s circle.

There was also a sound booth where you had to reach the right pitch with your voice to break a glass. Yasmin and Eve managed to break it, but we weren’t the best at it.

We also had a show where there was a Tesla Coil which shot out lightning bolts and we got to try and catch them using metal gloves.