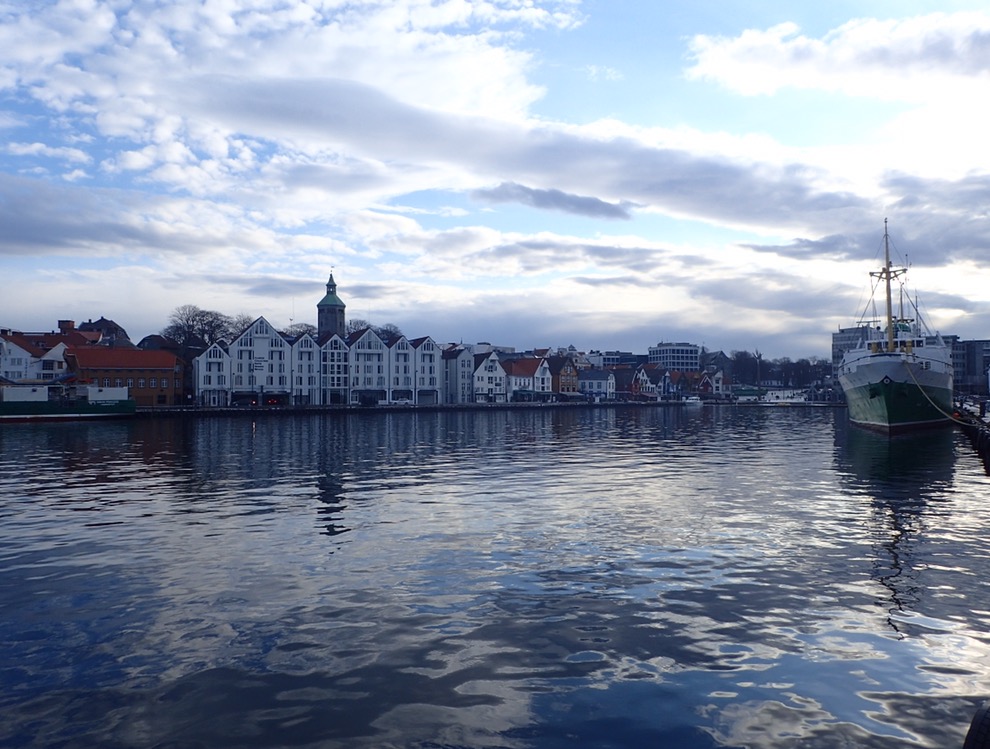 Today we started at the Cathedral to meet up with the students from St.Olav. They took us on a guided tour around the whole town and introduced us to a few famous landmarks, such as the old fire tower, viking carvings, old herring factory, the colourful old streets and they told us about the history of the town. We were interested to learn that the old fire tower used to shoot one, two or three cannons depending on the severity of the fire.

After lunch in a nice restaurant, we had a short play in a children’s play park, made from old recycled oil industry materials. Following this, we went to the Petroleum Museum where we were shown a cool film in 3D. Next, we were taken on a guided tour around the museum where we were shown things like how oil is made, how the oil industry in Norway started, and how oil companies get oil and lots of old things from the oil industry in Norway. At the end of the tour, we were allowed a shot in the simulation of a disaster on an oil rig. Then we went back to the hotel and we are excited to be going out for tea.