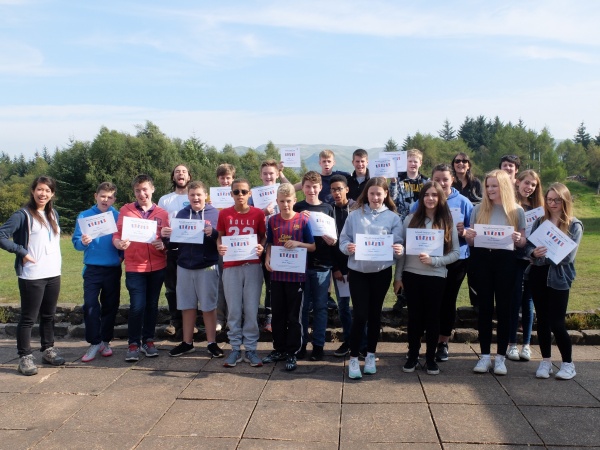 A group of S3 pupils put their language skills to the test when they spent a week at a French Language immersion course in partnership with Articulate Language Camps.  From the 7th to the 11th of September 2015, pupils enjoyed a week at Auchengillan Outdoor Centre participating in a variety of activities.  Pupils were encouraged to speak French as often as they could, from ordering their lunch or evening meal, to learning vocabulary related to archery and the climbing wall.  Pupils also took part in language classes where they learned about French grammar and then used their new knowledge to produce podcasts and news reports.  In the evenings, pupils learned about the culture of France, taking part in lessons on slang, idioms and clichés as well as enjoying a French film and trying their hand at cooking.