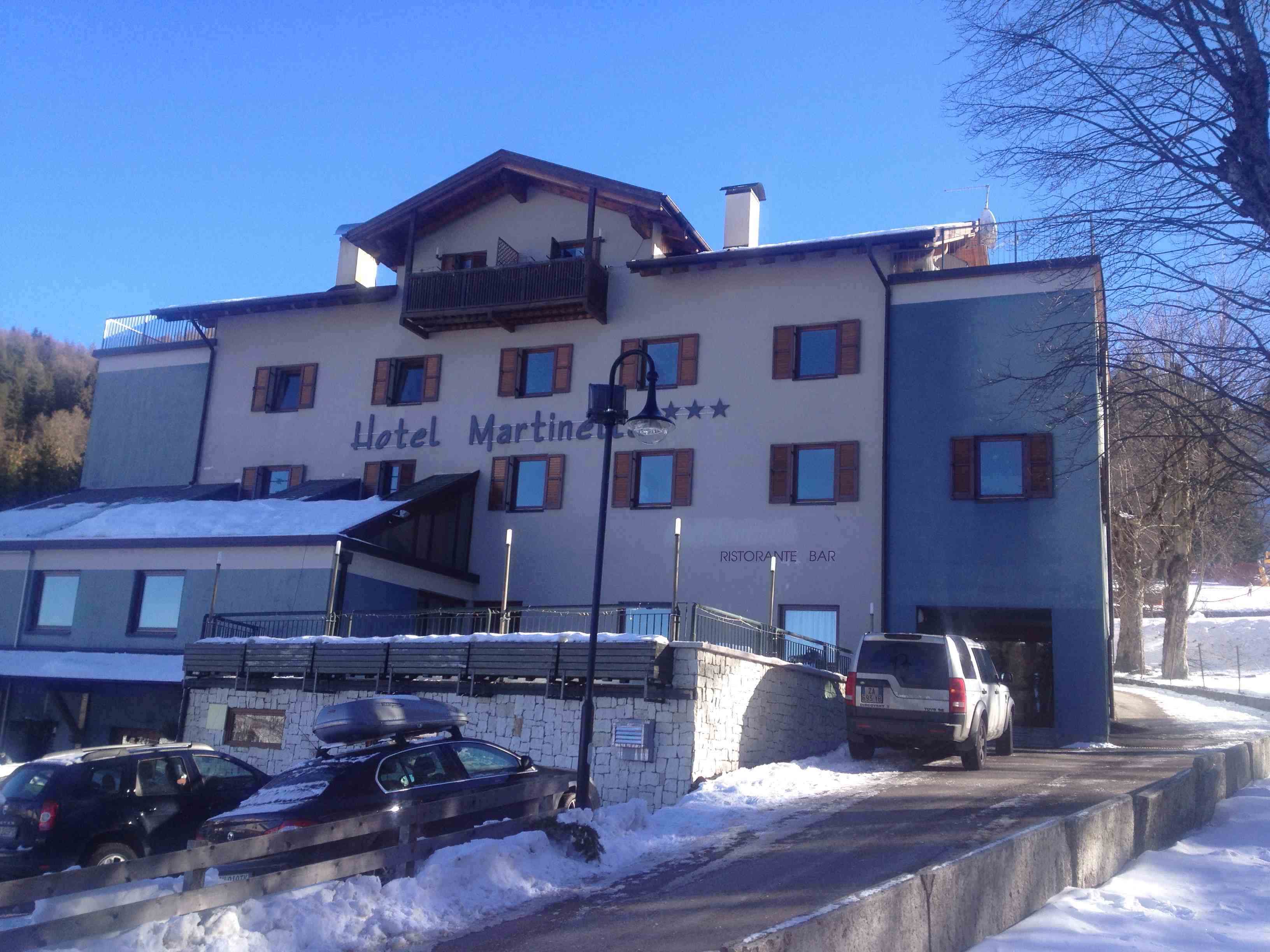 DAY 1 The Ski Trip to Folgaria left very early on Friday morning (1 a.m.) and we eventually reached the Hotel Martinella in Serrada at around 3 p.m.  Although the travel was pretty long and tiring, the flights and buses went smoothly and we had time on Friday to get ski hire equipment, ski passes etc organised for the next day.

DAY 2 (Cory Perry) Today at the skiing we were going down Fondo Piccolo – and a skier came down the side of me. I got a fright and I fell of the track and went 20 metres down off the track – one ski stayed at the top, one ski and one pole went half way down the slope and the other was on my wrist!! It was really scary when I was falling but afterwards it was fun – I just got up and started going again. Overall it has been really fun for everyone. 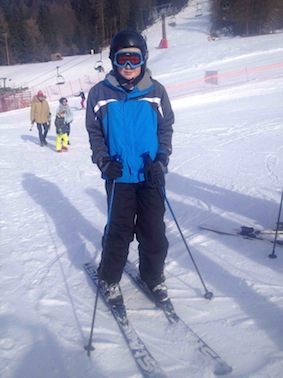 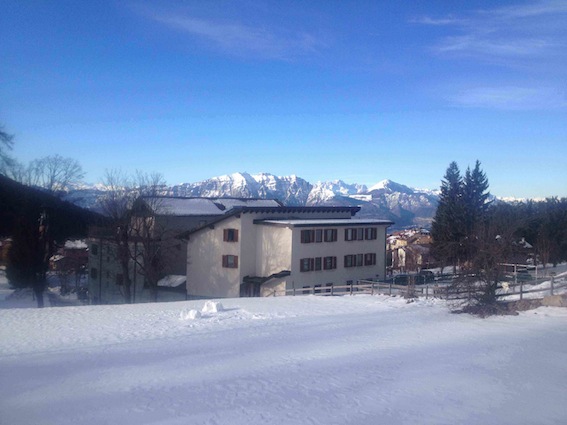 Today our group went from the beginner’s slope to the mountain. After the exciting ski lift trip, we reached the top of the mountain where we had an unbelievable view of the surrounding mountains. We then went on to a blue run which was challenging for some but overall we had a great time; it was bare jokes. After a short amount of time, we had all got a grasp of what we had to do to and found it incredible how much we had learned in just two days! After we finished skiing, we all went to a sports hall where some of us played football and basketball. We also got to look around some shops and buy a warthog hat in James’ case. This has been another great day for us all. Jack and James signing off, you stay classy. 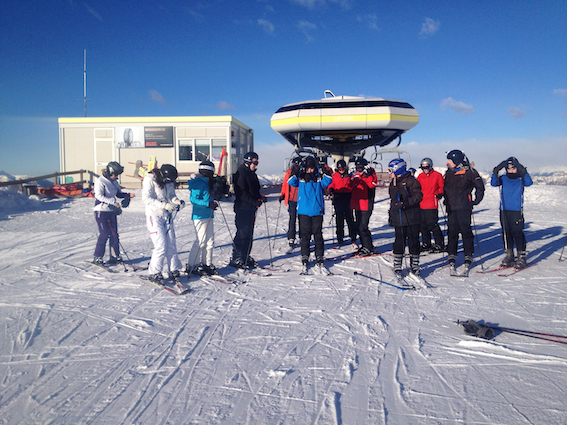 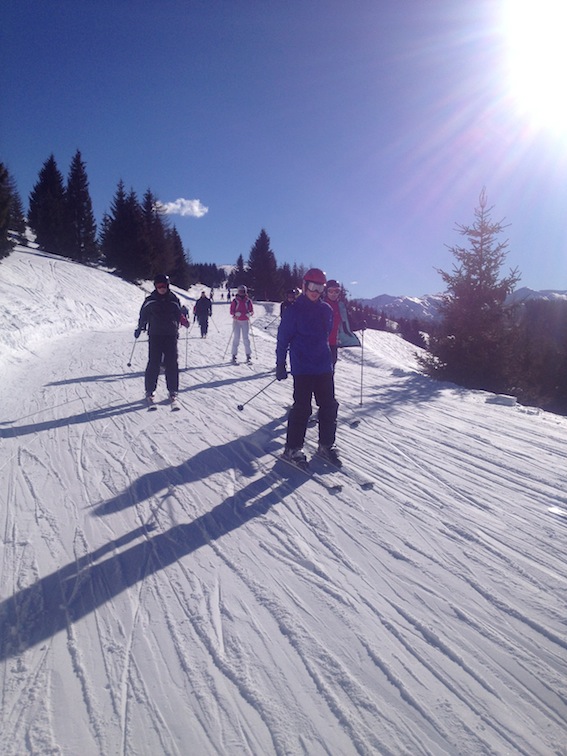 Today was our second day properly up in the mountains and some of us were as high as the clouds which was obviously an incredible view. Many conquered fears and challenged themselves to their limits. The falls are becoming less frequent and its crazy how much we have progressed in only three days. To add to the excitement we went out for tea to a pizzeria which was fantastico! Overall it has been a thrilling day for everyone, stay cool. 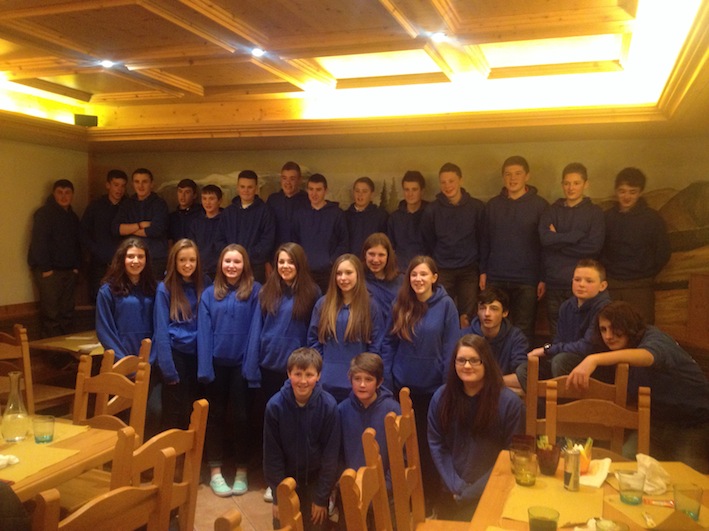 Today was still challenging for some but overall the skiing is getting easier. The lessons had a rocky start as most people were feeling out-of-sorts but these were easily overcome by the time we reached the mountains. After our afternoon lessons, we got ready to visit the local town for shopping and ice-skating. The majority of people were licking ice-creams despite the low temperature and sporting animal hats. Everybody enjoyed the ice-skating session as it was a good laugh and something different to do. Overall, the day has been very good and we are all looking forward to tomorrow. 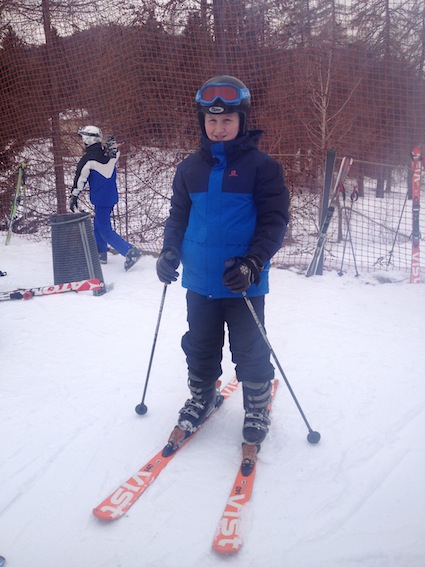 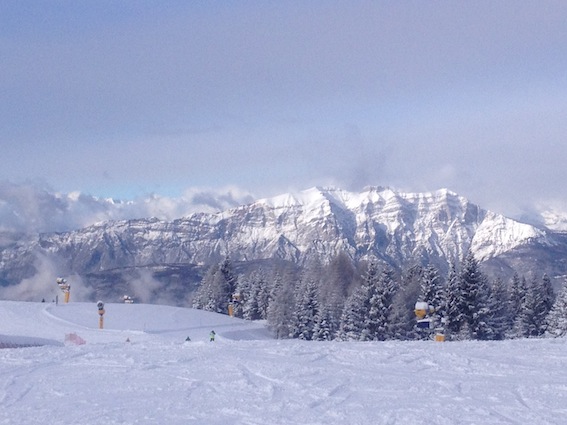 After a fun morning, in the afternoon we all competed in a slalom race. At first we did the practice run and I ended up falling. For the real thing everyone did really well – only a few falls – but most were able to finish the race in a good time – we get to find out our times in the awards event tomorrow. In the group I am in our instructor, Renzo, said we have improved a lot today. Our group has been able to learn parallel turns and parallel stops. Tonight for entertainment we are doing karaoke (should be interesting)! 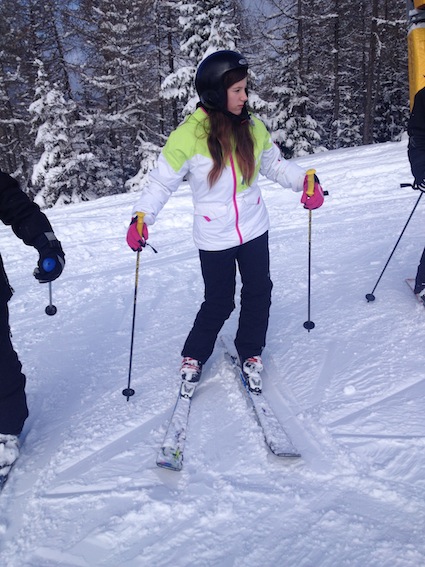 Today was our last day of skiing and our last full day in Folgaria. In the morning we got up and got our boots at the boot room (which was PACKED with Italian skiers), got our skis and headed for the slopes. It was a really fun morning of skiing. I didn’t fall once apart from the practice race, and the real one which I got a dnf (did not finish) in but I did get an award for being best tree-hugger due to me falling down half way down a hill then holding on to a tree to stop me from rolling down the rest (!), but then two very nice skiers came and helped me up the hill. I think I have definitely improved since I first got here, as in I couldn’t go straight on a pair of skies when I first got here but now I think I’ve got the basics pretty much sorted. Overall it has been a really fun holiday and I’ve learned a lot and there has been a lot of banter. I recommend Folgaria for the next trip – it would be good even if you don’t like skiing – the people are friendly, there is lots to do, the sights are stunning the mountains look like paintings, the battery on my camera ran out just because I took so many pictures of them. Well that’s the end of my blog and the end of our great trip – bye Italy. 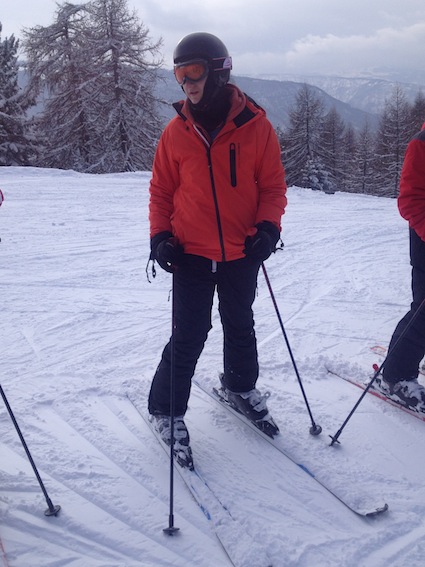 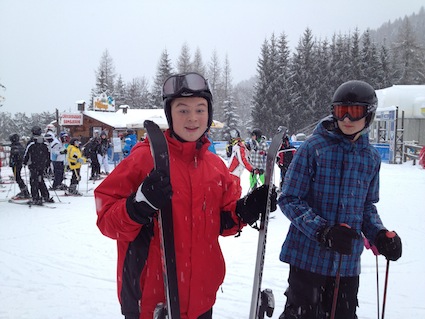