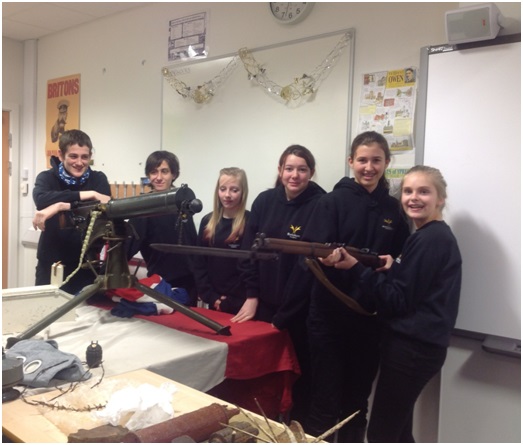 During the first week of December, pupils in S3 History took part in an extended presentation on World War One weapons and their effects.

Mr Colin Johnston, a retired teacher from Aberdeen and a World War One enthusiast, talked to pupils and displayed his vast collection of artefacts from the war. Pupils were able to see first-hand for themselves the weapons that many of their ancestors would have handled during the war and faced on a daily basis in the trenches of France and Belgium. Mr Johnston spoke through the ways in which these weapons worked and the destruction they could cause. Pupils were able to handle certain objects like the Lee Enfield Rifle and Vickers Machine Gun. This was a fantastic opportunity for our pupils to hear real stories of individuals, often forgotten in the big picture, and discover their actions during the war. The presentation also brought in a number of local stories and characters, which was extremely interesting for pupils. Currently, the year group are studying World War One and are working on their own research project on different aspects of life in the trenches, one of which is the weapons used. The classes are creating many different ways of presenting their research including a news report, musical sequence, play, creative posters and artefacts.  We would like to say a big thank you to Mr Johnston for his work and time he spent with the pupils at Bucksburn! 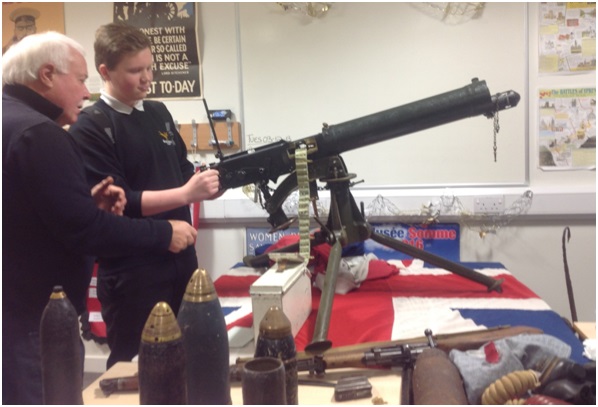