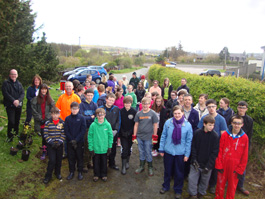 It is now two years since the Sclattie Wood Project began and it still continues to be such a positive experience for all involved.

On Saturday 28 April and 9 June 2012, Bucksburn Academy pupils, teachers , Aker Solutions staff and members of the community, including two local councillors and the leader of Aberdeen City Council, met to continue this community project. Their aim was to make the area more attractive and inviting for local people to use and to provide a safe route to school for pupils. For two hours on each day the group undertook the following tasks: 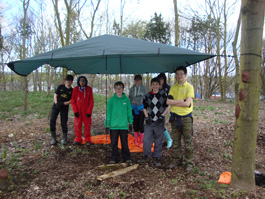 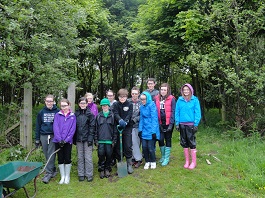 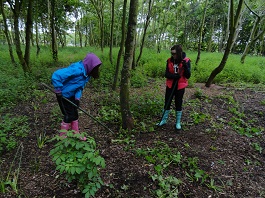 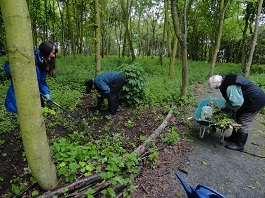 There was a tremendous atmosphere in the wood as the intergenerational volunteers worked in teams with such enthusiasm and commitment.

The first milestone was that the pupils who took part, have now completed four days of work in Sclattie Wood. This means they have now gained the first level of their John Muir Awards – Discovery. Well done to all of you! For more information about the awards click here.

The second major milestone was the finishing off the paths in the wood on the 9 of June. The final section of hard core was laid as a huge cheer erupted from the group. Sclattie Wood looks great now and the community have a special place to visit to see nature at its best. John Muir S3 and S5/6 classes will continue to care for the woodland area and lessons with Bucksburn Academy and primary school pupils will take place at Sclattie Wood. This has been a remarkable project which has shown how young people can be the driving force behind change. They have been a credit to the school and their community.

A celebration event will take place in the near future to mark the success of the project. 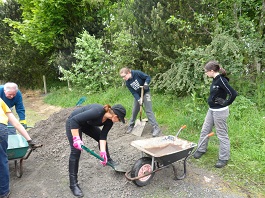 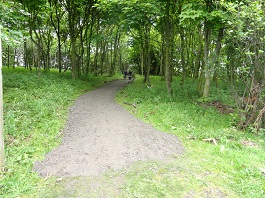