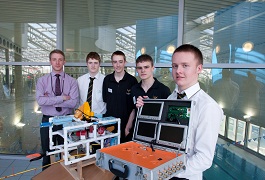 On 20th June 2012 the Bucksburn Aquablazers Subsea ROV Team will be jetting off to Orlando, Florida to compete in the international MATE ROV competition.
They were awarded the prize of an all expenses paid trip, sponsored by BP, after winning the Scottish competition for the second time in three years. The team, which is part of the Young Engineers Club, will now be pitting their remotely operated vehicle (ROV) against teams from all over the globe. 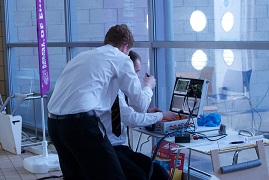 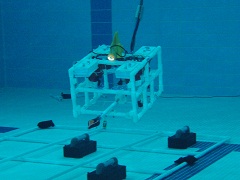 Their ROV is called SCOTIA and was developed by Ross McDonald, Stuart Green, David Adams and Cameron Wallace. SCOTIA features, amongst other things, some fantastic technological achievements including a 3 camera, full colour flat screen display, reprogrammable control system and robotic arm. The team are looking forward to competing against many different teams, meeting many different nationalities, and spending some time taking in all there is to see and do in Orlando. 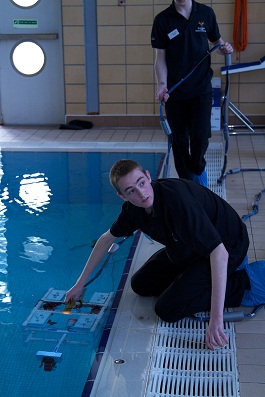