Pupils, staff and families joined together for Bucksburn Academy’s first Burns Supper on Friday 27 January 2012. The evening was led by the T.A.L.E. (Travel and Lifeskills Education) group to raise money for their forthcoming trip to Croatia with World Challenge.

T.A.L.E. was set up in August 2012 to give boys from the MICAS (Mainstream Inclusion of Children on the Autistic Spectrum) and ASN (Additional Support Needs) wing of the school. 9 boys will spend the next 18 months planning, organising and fundraising for the trip, as well as learning essential teamwork and interpersonal skills. The boys meet three times a week and so far have organised sponsored events, ran stalls at the Christmas fair and even sold home made ‘monster puke’ bubble bath to staff! 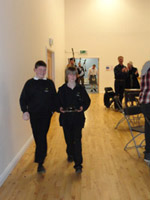 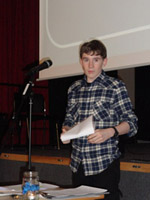 The Burns Supper was the first large event the group has organised and was a resounding success. An evening celebrating ‘The Bard’ started with guests being piped into the school by members of the Bucksburn Pipe band, followed by traditional Burns entertainment led by the boys. Food was provided by members of staff and the evening was rounded off by toasts from Mr Thomson and Mrs Keith and a Disco/Ceilidh. 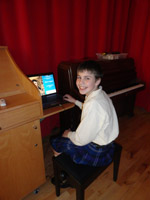 Well done to all the boys for their hard work and achievement in organising it and many thanks to all who came to support the event.