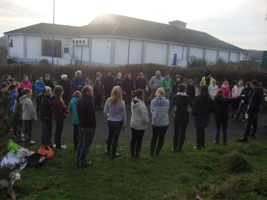 Last Saturday thirty five Bucksburn Academy pupils and some of their parents, volunteered to work at Sclattie Wood with members of the community, teachers and their families, some Stoneywood Primary School pupils and staff from Aker Solutions.

The team of enthusiastic volunteers carried out a number of tasks which included path building, cutting back overgrown plants, planting bulbs and making dens. The group also did some work on bird identification and completed some environmental games. Once more there was a great atmosphere with all pupils saying they had a great time while some requested we meet every Saturday as it was so much fun. This was the fifth community day since the project began in June 2010 and many of the volunteers who have completed four days working in the wood will now gain their John Muir Discovery Award. 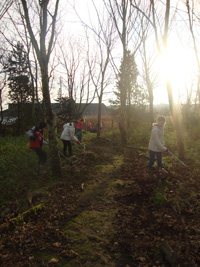 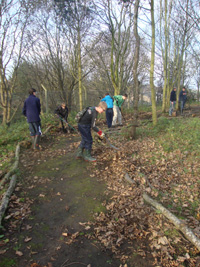 On Friday 2nd December, the project enters an additional phase were the S5/S6 John Muir class will be running nature lessons in the wood for primary pupils on a Friday morning. Bucksburn, Kingswells, Newhills and Stoneywood Primaries will be given four week blocks of time where the senior pupils will teach the children about woodland animals and play environmental games. Primary pupils will explore the wood in these lessons and gain their John Muir Discovery Awards in the spirit of fun and adventure which is a fundamental part of the John Muir Awards. The senior pupils will be joined by some primary teacher students from the university who are completing an outdoor learning module and some of Aker Solutions staff who will help build some dens for the outdoor classroom areas. For more information on these projects and other work involving the John Muir Award at Bucksburn Academy please click here. 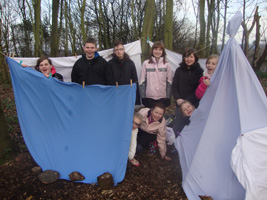 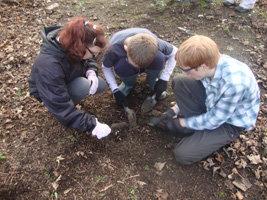 In other environmental news, last month members of the S5/S6 John Muir class met BBC presenter Euan MacIlwraith of the programme, “Out of Doors”. Bucksburn Academy pupils were chosen by Scottish Natural Heritage due to the outstanding environmental and sustainability work, to receive an important publication on behalf of schools in the North East of Scotland.

The Breeding Birds of North-East Scotland had just been published with the most complete overview ever of birds nesting in North-East Scotland. According to Scottish Ornithologists’ Club and Scottish Natural Heritage, The Breeding Birds of North-East Scotland contains 500 photographs and maps, with 60 authors and 62 photographers, mostly local, contributing to the tome. Almost 350 volunteer observers took part, submitting about 117,000 records. The book was edited by Ian Francis from Alford and Martin Cook from Clochan. Bucksburn Academy pupils made a presentation of their environmental work to Euan MacIlwraith, Ian Francis and representatives from Scottish Natural Heritage who were all very impressed by Bucksburn Academy’s environmental and sustainability work at castles and in the community. 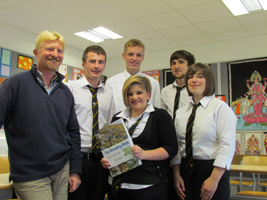