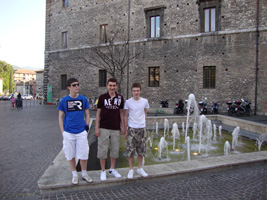 Bucksburn Academy has been part of the Eco Schools’ Net Comenius Regio project since 2009 along with Hazlehead Academy, St. Machar Academy and St. Peters Primary School. The main objectives of the project are to encourage dialogue and share learning and teaching approaches across European countries. The focus of our project was environmental education. The schools in Aberdeen were partnered with schools in Terni and Perugia in Italy. Staff have met to organise the project and teachers from Terni, Perugia and Aberdeen have visited one another to gain insight into their environmental work and plan student programmes.
.
Miss Shanley and Mr Simpson co-ordinate some of the environmental work in the school through the Humanities, Citizenship & Environmental Education Faculty and decided to focus Bucksurn Academy’s work on Eco Schools and the John Muir Awards where over one hundred pupils have now taken part in the awards. One of the main focus’ of the Comenius Regio project is leadership in sustainability education. Every pupil who has undertaken their John Muir Award at Bucksburn Academy to date, mainstream and ASN wing pupils, have been given the opportunity to complete a short questionnaire to show how they feel undertaking the John Muir Awards at local castles, and in Bucksburn itself, where they have been creating green spaces and been looking after them through a range of environmental activities. How this has helped them in becoming more confident individuals and the ways in which it has allowed pupils to emerge as leaders in their own right is being examined, the University of Aberdeen are working in partnership with the school on this.
.
Mr Simpson joined three S4 pupils, along with three pupils and a member of staff from Hazlehead Academy, in visiting Terni, Italy during the Easter holidays to visit schools in Italy and to meet with Italian pupils.
. 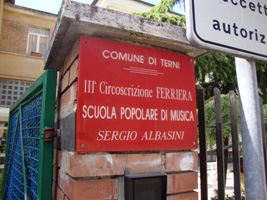 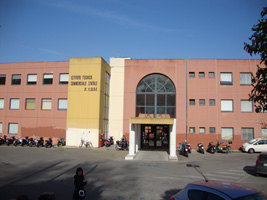 .
Rosaleen Rentoul, Principal Officer for Learning Resources from Aberdeen City Council who accompanied the group made the following comments, “The first day was a pupil conference where all the Italian partners were meeting together for the first time. Pupils lead this event. At the end there was a round table where our six students were faced with answering unprepared questions. They were impressive in that they not only coped but also thought carefully about the topic and expanded on answers thus demonstrating deep understanding of the area.
.
The students were then given tasks to work on with the Italian students and they responded well to this. The next day was spent on visits to schools and more planning.
.
There was time that afternoon to visit Assisi where the students showed patience and interest in the considerable art works in the St Francis of Assisi Basilica.
.
On the way home there was time for a quick visit to The Vatican in time to be blessed by the Pope and a tour bus round the sights in Rome.
.
I hope that the students benefited from the project experience and also the extra curricular visits fitted in on this short visit. They certainly enjoyed the ice cream.
.
They were a credit to Aberdeen City.”
. 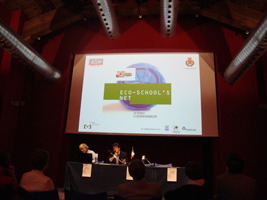 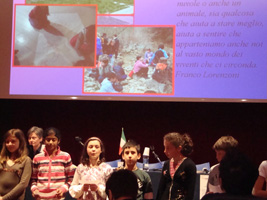 .
Pupils from S4 and S1 spoke to the Italian visitors at Bucksburn Academy during a visit to Aberdeen in February. Here they spoke about their environmental work at local castles and in their communities. The group also spoke very well at the Bucksburn Newhills Community Council Annual General Meeting about their work in the community.
. 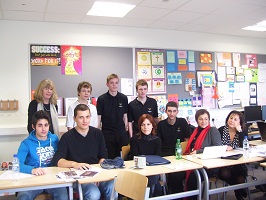 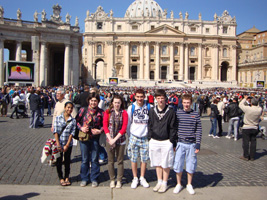 .
The project will culminate in a final pupil conference to be held on the 23rd June, hosted at Bucksburn Academy. It will be attended by environmental, community, education and business groups as well as pupils from across the city. Pupils from Aberdeen, Terni and Perugia will present their projects on the day and work will be displayed. There will be a celebration of all the projects and Bucksburn Academy pupils will receive their John Muir Awards from representatives from the National Trust for Scotland and the John Muir Trust. The Comenius Regio Project report and its focus on leadership in sustainability will be published in June 2011.
. 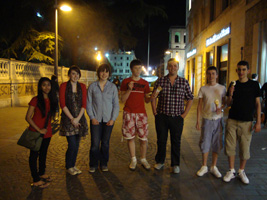 I am going to Bucksburn Acadedmy ASN Wing Pupil Handbook