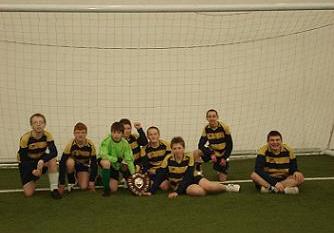 All the pupils and staff had a great day and were a credit to the school. Special thanks to Claire Bonner at Aberdeenshire Council for organising and Inverurie Locos who sponsored the event.

Well done to all of those who played!

I am going to Bucksburn Acadedmy ASN Wing Pupil Handbook