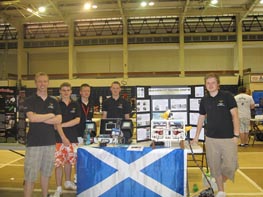 Just before the summer holidays the Bucksburn Aqualblazers Subsea ROV team travelled to Hawaii to represent the school, and the country, in the International Remotely Operated Vehicle (ROV) competition. 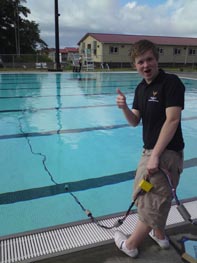 Mr Paton, Chris Hardie (Project manager), Ross McDonald (Pilot), Stuart Green (Engineer) and Struan Henderson (Engineer) pitted their ROV named BUSTER against school and college teams from the USA, Canada, Russia and Honk Kong to name but a few. Their ROV performed a number or underwater tasks which mimic volcano research operations currently being undertaken off the coast of Hawaii. The team also presented their designs to a panel of industry experts from subsea companies and NASA, and even found time to take in some of the sights on Hawaiiâ€™s Big Island. Next years competition will be held at the NASA neutral buoyancy labs in Houston, Texas, and the team are gearing up for the Scottish qualifying heat in March 2011. 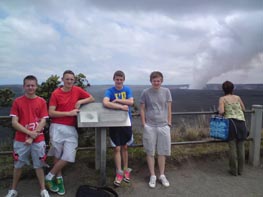